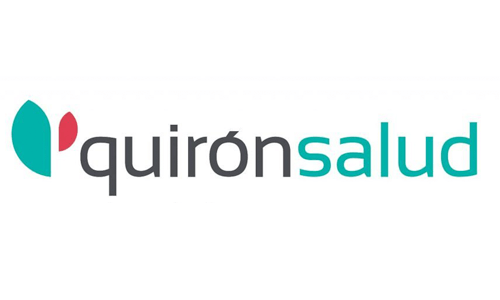 Quirón Salud is the leading group for healthcare services in Spain. This company has more than 60 years of experience, which means they are one of the hospital groups in Spain with the greatest prestige within the sector.

If there is one aspect that sets Quirón Salud apart is their way of understanding healthcare, offering a vision of medicine based on the patient, where personalised care, calling and closeness all come together, supported by the most advanced technology.

The work trajectory between Quirón Salud and Súmate goes back more than five years. At that moment the main need they had was the merge of the Quirón group with IDCSalud, which meant they had to unify all the digital elements under the same brand and start growing as quickly as possible.

From that moment onward, their needs changed as the group grew: to strengthen the growth of their SEO, appear in new searches or having SEO-optimised websites were some of the new requirements they’ve had in the last few years.

We can place their last key goal: the launch of e-Quirónsalud, a platform that was focused on approaching patients in an easier way, making available to them a catalogue of medical tests and consultations in different areas.

From the beginning of our collaboration we have faced numerous challenges, which we have solved together:

How did we do it?

Even though the project is still ongoing and that we continue working to help Quirón Salud grow online, we will focus this success story on the three most important landmarks from the beginning until current time: the merge of both groups, Quirón Salud’s growth as a brand, and the launch of the e-quironsalud.es platform.

The initial action plan was to take the weight of the two large groups onto a new common structure with a specific content strategy. To even contemplate such a large migration where several pages, sites and URL merge into a new website, it is essential to count with an effective communication flow between both parties, and a gruelling search effort, which is how we completed this task.

Phase 2: Growth of the Quirón Salud group as a brand

After the first phase, we could soon see the hectic growth rhythm achieved by the Quirón Salud group. As we mentioned before, new centres and services have been added to the group, and we have handled all of them so that everything was operating under the same organic strategy.

In line with this growing trend, we have always endeavoured to respond to all the challenges that appeared: integration, new domains, etc. This is a process of continuous improvement where we always can work further to keep growing.

In this phase we stood out because of Tucanaldesalud.es, a blog within the group, but outside the main domain. Quirón Salud opted for this option early on, and little by little, very patiently and with hard work, it multiplied its traffic, consolidating into a relevant healthcare blog with the support of affirmed medical opinions.

During this new phase in the group’s expansion, at Súmate we supported their digital marketing team in the analysis for improvements in SEO and the site’s performance measurements, thus finding strategic points we could work on to continue growing.

The migration was carried out correctly, and it had positive results in a short period, so our next task was to optimise the website from a SEO perspective. For this, we had to bear in mind the system is extremely personalised and has very specific requirements. Little by little we have become a part of their routine, tending to the group’s diverse interests and online marketing strategies; this can be seen in the numbers we have achieved in these past few years. Thanks to the team effort, the main SEO KPIs have increased.

A result that has nothing to do with numbers, and that we are extremely proud of, is the relationship based on trust that has been established between the team at Quirón Salud and the SEO team at Súmate. Both those who have been working on this project from the beginning and those who joined in later. This relationship based on trust and respect goes both ways, where we all have a common goal: making the brand grow, which is definitely a cornerstone in the path to achieving goals while having a good work environment.

Leave us a message and
we will contact you soon